A Flickering Light in the Darkness. 15 years of AWS website. 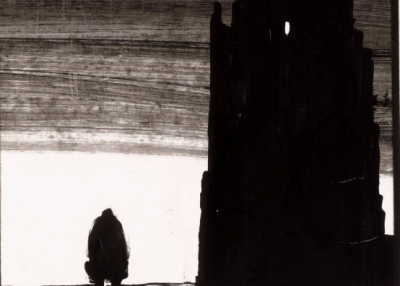 Nothing self-referential, nothing triumphalistic, nothing at all. No “budgets”, no celebrations or self-celebrations: only one site, called “Antiwar Songs”, or “Canzoni Contro la Guerra”, or “Chansons Contre la Guerre” (the title is translated into a hundred languages on the site’s homepage) which, today, March 20, 2018, celebrates its fifteen years of activity. The site originated in early 2003 following a spontaneous collection of songs in a number of Web spaces existing at that time, when the great planetary mobilization preceding the US attack on Iraq was launched. An event, it must be said, which in turn has unleashed all the events of today. Fifteen years later, we are still paying all its hard consequences in terms of freedom, with the most capillary and hardest repression of every dissent, of every space, of every collective and single life. All this is accompanied by the spread of false “communication” on the Net, of falsehood, of extension of the global control system on consciences. Fifteen years during which the world has almost voluptuously plunged itself into the war of Capital, which no longer has “ideologies” but has unveiled its true and raw nature, the domination of the few and the extermination of all the others. Fifteen years during which masses of dispossessed and distressed people, fleeing from hunger and, indeed, from the various wars unleashed everywhere in the name of a “democracy” that hides only the infamous will of domination, have poured into the rich and free “West”, exposing its eternal nature. Notwithstanding all this, five, ten, fifteen people around the world have kept on managing and developing a site, a collection of songs, lyrics, music, stories and History from every time and every country. It’s what you can see every day, it’s what celebrates now its 15th anniversary. No “oasis”, no island: just a drop in the ocean, or a small light that, among all its imperfections and contradictions, does not cease to remain lit in the dark. A somewhat ‘special’ day, yes, but also a day like all others: we are going on. Thanks to all those who, even with one single word, have helped this light not to be turned off. A flickering light in the darkness.

One response to “A Flickering Light in the Darkness. 15 years of AWS website.”